The exact origin of the dance form is not traceable as it’s lost in the realms of time. Another section believes that the word “Gomira” has been derived from the word ‘Gamar’, the wood that is mainly used to make the masks. The Gomira dance is also part of the ritualistic dance forms that prays the Adi-Shakti or the primordial energy. Thus Gomira also celebrates Shaktism or worships Lord Shiva just like other dance forms like Gajan and Neel puja .

Though Gomira is celebrated in jalpaiguri and Dinajpur, it’s originated from Malda. Traditionally the Gomira starts four days priour to the end of Chaitra and ends in the first day of Baisakh. However the tradition is not followed strictly now a days and it starts on the last day of chaitra at Kushmandi. The wooden masks are the symbol of the richness of the craftsmanship of the local people. Masks of various forms of kali,the rakshashas(deamons) animals are used. Nrisingha masks are very common. 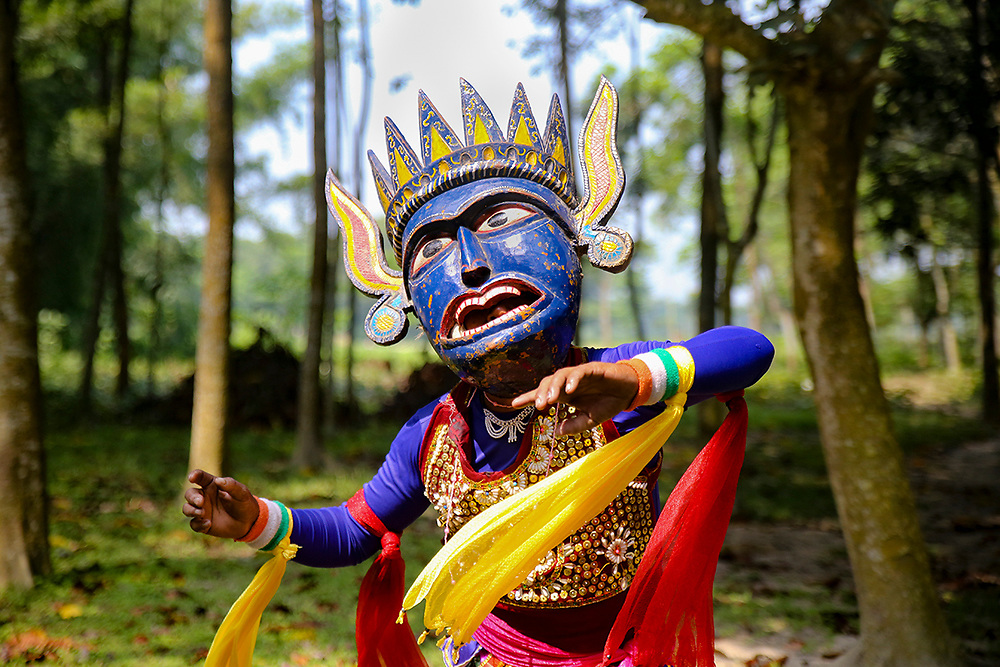